- January 21, 2016
The region of Abruzzo is situated in the centre of Italy and is one of Italy's most beautiful and unspoilt regions. There are several National and Regional Parks within its boundaries including 16 separate ski areas in the Abruzzo Appenines. Many of these are quite small and wouldn't be considered to be 'destination' resorts. 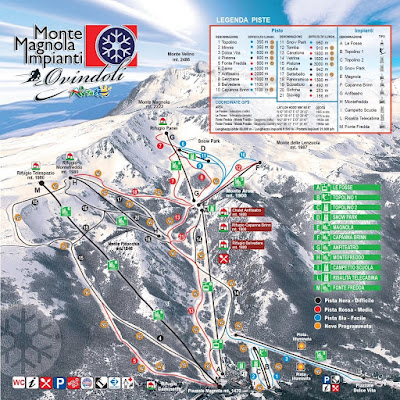 Campo Imperatore, then, was actually the first ski resort born in the Apennines Range; it lies at the edges of the same-named platueau that is overshadowed by the summits of Gran Sasso.

Among the chilliest zones in Italy, it is characterized by consistent snowfall, November to April. While in summertime it is accessible by several passable roads, in wintertime it is easier to take the cable car transport connecting Campo Imperatore to the Commune of Assergi. 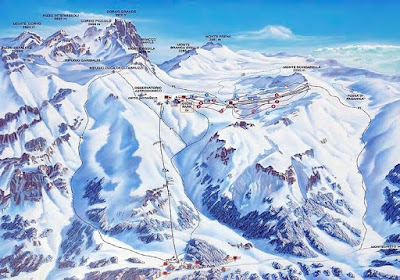 The slopes that make up this ski resort can extend to 9.3 miles and are served by four different ski-lifts. Thirty-seven miles of Nordic Ski track are also available, in addition to snowboarding areas and a snowpark.
Pope John Paul II used to ski here," I told Wolfie. "The pope skied?" he asked incredulously.
My credibility seemed to be unravelling fast and I began to think that perhaps I'd dreamed the whole thing up. In fact, the Abruzzo is off the tourist radar even in summertime"
more 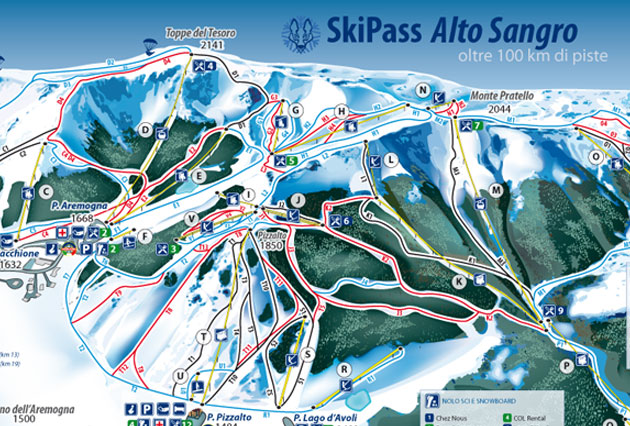 Modern, high speed chair lifts access the area from the bases at Aremogna, Pizzalto and Monte Pratello. Many of the runs will take you through beech forests that give this area such a distinctive character. The majority of runs are intermediate but there are some great beginners' slopes too at each of the base areas. 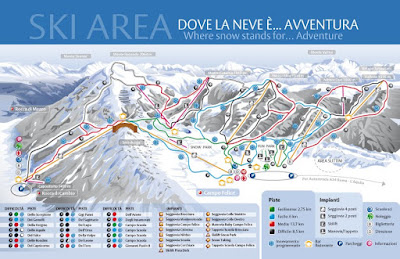 The wide Campo Felice base is gently sloping and is ideal for beginner skiers. Ski school meets here and a number of green and blue runs are accessible from the base area lifts. Several intermediate runs (designated blue and red) fan across both sides of the mountain.

Abruzzo,
strong and gracious, captures your
heart as does a lover. 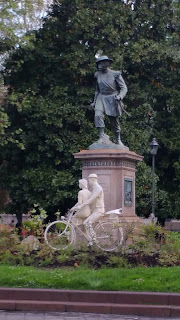